“Yes, And” in the Trenches: How Improv Makes Me a Better Teacher 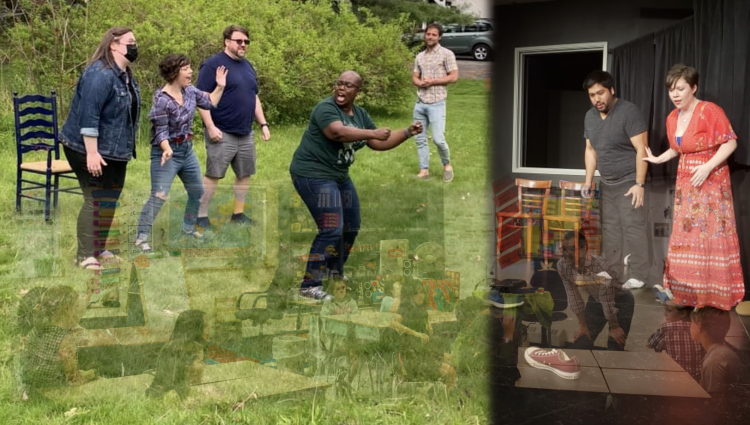 I walk into a classroom full of fifth-graders whose eyes are already either rolling or sizing me up. It is my first class with them, with only four weeks left of the school year. A combination of a change in the specials schedule, a switch from remote to hybrid learning, and a disruption from standardized testing has made it so this is the first time we are all meeting each other, even though we should have been gathering weekly since September.

I am met with the disdainful double-whammy of pre-pubescent angst and end-of-year apathy.

I take a deep breath and repeat to myself, “Yes, And.”

From Panic to Play

Drawing on my improv training in the classroom is not new for me. My student teaching semester coincided with my first improv class, and it didn’t take more than a few sessions for me to realize the power these lessons could and would have on my practice.

On the stage, I was learning the importance of being present, open-minded, and receptive. I needed to learn to have a loose grip on my own ideas and embrace the ideas of others. I had to tap back into a part of myself that I had let go of in childhood, and also allow that in others.

I had to play.

The first time I taught a lesson on my own was nearly a nightmare.

The fourth graders I was meant to enlighten with a lesson on primary sources were crabby at having just lost a school-wide contest, and were less than enthusiastic about a nervous student teacher attempting to deliver a rehearsed, stilted Social Studies lesson.

The copy machine in the staff lounge had jammed that morning, leaving me without the OH-SO-IMPORTANT packets that students were meant to work on after the lesson.

The cherry on top of my terrified sundae was when my field instructor sauntered into the room with two minutes to spare for a surprise observation.

I could have panicked. I could have floundered. I could have decided right then and there that teaching simply wasn’t the profession for me, and it really wouldn’t be such a bad thing to live out the rest of my days in my mom’s basement. At least she has good snacks.

Instead, I took a deep breath, and remembered what my improv instructor had told me just two nights before: We have to accept the reality we’re given, and then make bold choices to make that reality even better.

Teachers, especially new teachers, are sometimes terrified to make bold choices. We stick to the pacing guide, pore over the curriculum materials, and lean heavily on what our content team is doing. There’s nothing wrong with that approach. Feeling steadied in well-traveled waters can be just the thing we need to get through an otherwise chaotic work day. But what happens when those plans fall to the wayside, for reasons outside of our control? How do we realign ourselves when the ship has suddenly taken a different course?

The very idea of having to “wing it” can be debilitating. And yet, teachers often find themselves in that very predicament. A fire drill that interrupts your lesson right when a discussion has blossomed, a new curriculum mandate handed down from your district that contradicts everything they mandated the last time, or a surprise observation from your principal on a day when you had planned just to review. Teachers are constantly thrown curveballs, and those moments are when improv training is a lifesaver.

What I Did that Day

That fateful day with those agitated fourth graders, I made a bold choice.

I stayed present in the moment, and let visions of pull-out sofas in musty basements fade to the background, as I soaked in the reality I was given. My students were grumpy. That was the reality. I could either stick to the rehearsed lesson I had been forced to write out by my Social Studies methods professor, or I could set the rule book aside and improvise. I chose the latter.

I started by having the students tell me, in their best Fancy-Pants-History-Professor voices, what it was that had them so down. We laughed as a class as ten-year-olds affected British accents, and lamented how unfair it was to have lost the contest. (It wasn’t unfair; they had been trounced by the first graders, but I certainly wasn’t about to tell them that.)

Once the mood was lightened and they could sense that I really was a Cool Teacher™, I had another bold choice to make: Stick with the lesson as planned, which included several references to the packet that was stuck somewhere in the bowels of the copier, or switch things up in the moment and hope that my field instructor wouldn’t faint from the horror of a student teacher gone rogue.

Since we had already used our Fancy-Pants-History-Professor voices, I decided it was time to capitalize on the gameness of my students.

Listening with Our Whole Selves

So much of improv happens in the listening, but not simply in what we hear. In this art we are listening with all of our senses, noticing small patterns: a scene partner’s willingness to play the game we created, or the way a certain body movement of ours elicits a reaction from the audience. We are tuning into the scene as a whole entity, and not merely the dialogue from the actors. This skill has transformed the way I view my classroom. I am constantly noticing the way my students react to certain ideas or situations, the small patterns that emerge in a conversation, and their willingness (or, sometimes, unwillingness) to play my game.

I then came up with a quick exit ticket (that they would jot down on their own paper) having them define in their own words the differences between primary and secondary sources to act as my formative assessment, and thus all the most vital elements of my original lesson remained intact. I had improvised my way into a successful lesson, and the only people who knew that it wasn’t what I had planned were myself and my field instructor. I got an email the following day from the classroom teacher thanking me for my time spent in their classroom and regaling me with tales from their students about how much fun they’d had.

Improv is fun. It is lightness in an otherwise hectic, overwhelming, sometimes crushing daily grind. But beyond its more obvious characteristics, it is also transformative. It changes the way we view ourselves, our relationships, and our world. It brings back into focus a more playful part of ourselves that we have likely let grow hazy, and ignites a willingness to be open to any and every possibility. It can make us better friends, better colleagues, better leaders, and, certainly, better teachers.

Ashley Davis is an elementary educator as well as a seasoned improviser and improv instructor. A “theater kid” from the age of nine, she has gone on to become a member of the house improv troupe at her home theater, a teacher in the adult improv series, and a director of the children’s theater workshops and classes. She has performed on stages across Michigan and taught hundreds of students at all experience levels. She believes strongly that improv is for everyone and will change your life for the better.

Want to learn improv yourself? Join Ashley for The Ever-Ready Educator, a summer improv course just for teachers! Over the course of six weeks, you will

Each two-hour class session will consist largely of learning and playing improv games and exercises that target a particular skill. Classes will also include discussion of specific applications to educational situations and to the life of a teacher. 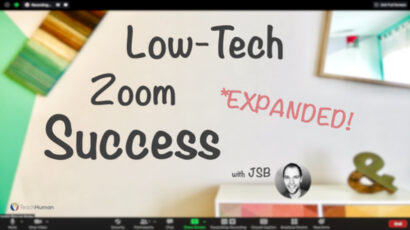 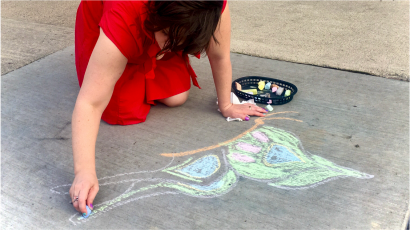 By Justin Slocum Bailey | 5 min read I happen to live in the neighborhood of a world-renowned street artist, David Zinn, who, as his drawings suggest, is a man … 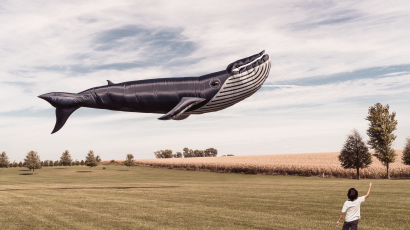 By Justin Slocum Bailey | 5 min read I was recently allowed—or forced—to face some insights into the beautiful, terrifying, earthy humanness that means we need both our own vigilance and …